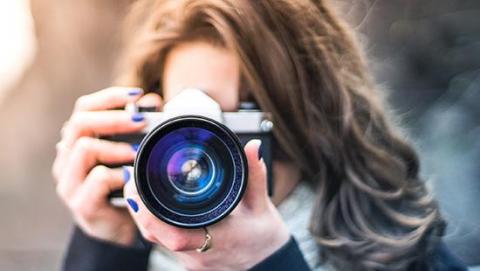 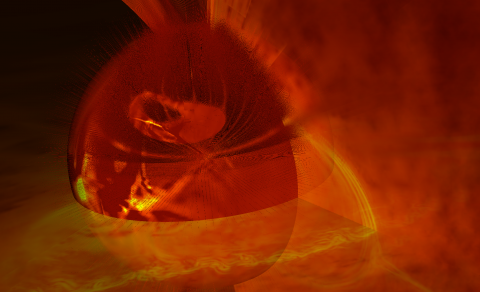 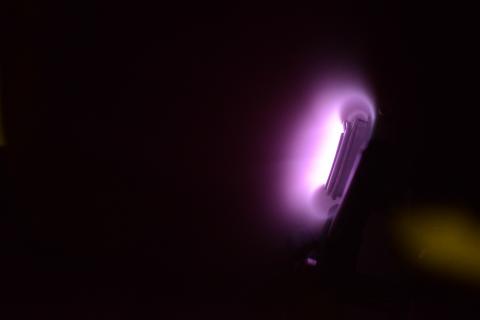 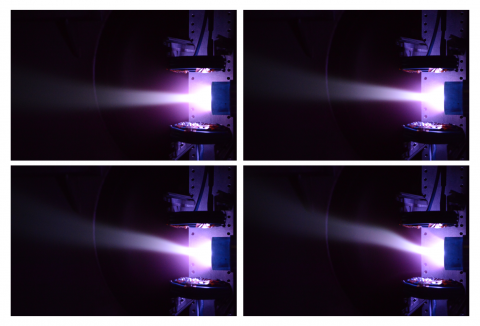 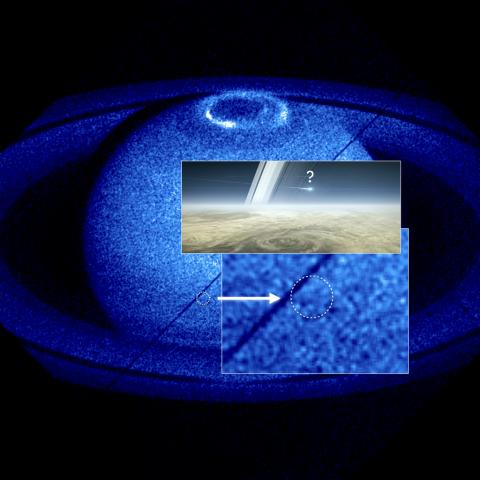 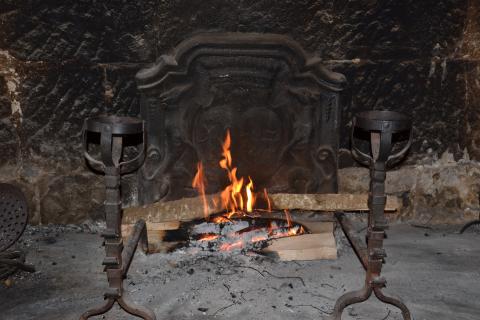 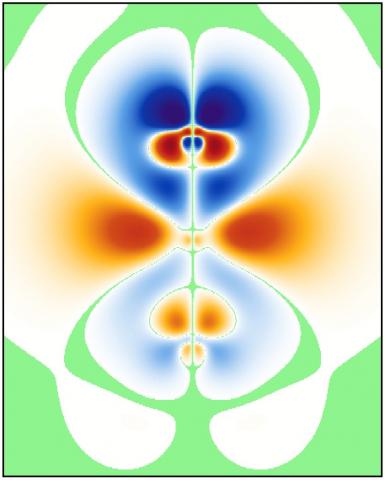 This movie presents a possible explanation of the formation of supergranules, the nature of which is debated since many decades :

In this view, the meso-granulation is a dynamic pseudo-scale generated by explosive granules and the supergranulation is the consequence of competitive horizontal flows at the meso-scale which transport magnetic fields outwards to form the chromospheric network. However, the typical sizes of the meso and super granulation remain unexplained.

During a lightning strike, a material undergoes large thermomechanical stresses. In order to determine the temperature and pressure conditions, the sample is drilled and four pinholes let the plasma escape on the back side. The plasma and the shock wave are then observed by schlieren and the shock speed can be measured by high speed imaging.

This film captures the ignition of the ECR plasma thruster (Electron Cyclotron Resonance) at high vacuum conditions (10^-6 mbar). The thruster is fed with Xenon at 0.9 mg/s during the first 30 seconds and then the flowrate is lowered at 0.1 mg/s. The thruster is based on the resonant absorption of microwaves by electrons to produce the plasma and on the acceleration of electrons and ions in a magnetic nozzle. The blue solid curve in the bottom right of the videoclip shows the real time evolution of electron density (in cm^-3) of the thruster ejected plasma. The tested thruster is being developed at ONERA Palaiseau since 2010. The electron density is measured with a "curling probe" fixed at 15 cm from the thruster exit section. The curling probe diagnostic (a microwave resonant probe) is developed at ONERA within the candidate's PhD project.

The video called "arc-balayé" or "swept-arc" experimentally represents the phenomenon of sweeping strokes by a sheet blower of an electric arc of 400 A between a horizontal tungsten rod (top) and an aluminium plate (bottom) spaced 10 cm apart. The flow at the muzzle of the blower (located on the right) is 60 m/s and drops to 25 m/s after 10 cm. This flow blows the arc which thus traverses the 50 cm length of the tungsten rod within 20 ms. The displacement of the anodic arc foot on the aluminum plate is both continuous and by leaps and bounds - in the latter case, it is referred to as restrike. This experience simulates the sweeping of an electric arc during in an aircraft lightning strike.

The video called " arc étiré" or "stretched arc" experimentally represents the phenomenon of sweeping by a sheet blower of an electric arc of 400 A between a horizontal tungsten bar (top) and an aluminum plate covered by a 300 µm layer of paint (bottom) spaced 10 cm apart. the flow at the muzzle of the blower (located on the right) is 60 m/s and drops to 25 m/s after 10 cm. This flow blows the arc which thus stretches over the 50 cm length of the tungsten bar: the cathodic arc foot at the top is mobile while the anodic arc foot on the paint layer remains fixed because the paint acts as a dielectric. After 25 ms, the anodic arc foot restrikes 40 cm from the initial arc foot. This device is used to experimentally simulate the sweeping of the electric arc during an aircraft lightning strike with paint cover.

This Particle-In-Cell simulation of laser wakefield acceleration of electron was performed using the quasi-cylindrical (azimuthal mode decomposition) mode in Smilei. The laser (in red) propagates through a low density plasma and drives a nonlinear Langmuir wave (in blue) that propagates at a velocity close to that of light in its wake. In this simulation, a moving window is used so we can follow the laser as it propagates through the plasma. We see electrons being self-injected in this wakefield where they see a strong electric field that accelerate them up to ultra-relativistic (GeV) energy level.

Kinetic simulation of the bump-on-tail instability

The bump-on-tail instability is a very important instability in plasma physics. It plays a crucial role in various plasma environments, from laser-plasma interaction to space plasma physics. Often thought as the inverse of Landau damping, it is also a textbook example for many - if not all - lectures on the kinetic theory of plasmas. This video shows the distribution in (position-momentum) phase-space of electrons as the bump-on-tail instability develops. The instability is triggered by the presence of a beam (in pink) of electrons with very small density and a small (here positive) velocity with respect to the background electrons (in green). This video features the early/linear and late/nonlinear stages of the instability. It is the result of a 1D Particle-In-Cell simulation with Smilei that is presented as an exercise for the numerical practicals taught at the M2 Physique des Plasmas et de la Fusion.

Kinetic simulation of the bump-on-tail instability